'I am sorry for your loss' Fed Up Of Ill-treatment, Woman Hands Bereavement Card To Boss As Resignation Letter

"I am so sorry for your loss," read Amber's bereavement card to her boss. She also mentioned that she will leave the company in two weeks. Read on 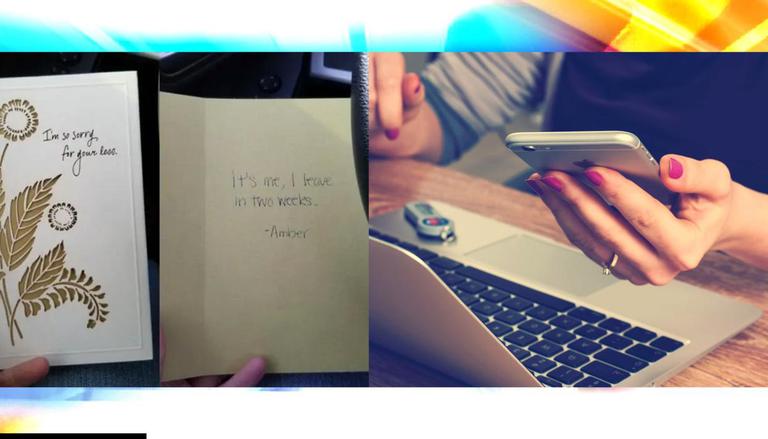 
Workplace culture analysis by Linkedin around almost 5,000 Americans has shown that 74% of women in their daily life suffer from work-related stress compared to 61% male counterparts. Owing to several reasons, many women are forced to leave their companies for a break from burnout. While some follow the traditional path of a formal letter or a mail, many individuals come up with unique ways of bidding goodbye to their horrible bosses.

This resignation was particularly unique as the burned-out Tesco employee, Amber, left a hilariously straightforward message to her boss stating that she will leave the company. "I am so sorry for your loss," the bereavement card to her boss read mentioning that she will leave the company in two weeks, the Sun reported. For the unversed, a bereavement card is a greeting card with a message of condolence, mostly sent to relatives who have lost a family member or loved one. It was quite amusing for viewers to see Amber use it to place her resignation.

Amber, an electrician by profession, shared the image of her card on Reddit. Since uploaded, the image has gone increasingly viral on social media platforms. Her followers lauded her extraordinarily bold way of bidding farewell to the company, where she was?allegedly "ill-treated", Amber mentioned. She also explained that "You ever worked for a company that just treated you like s**t? I received a job offer today for a dollar more than I asked for, my own van, and they'll sponsor me for school. I can't wait to give this to my boss tomorrow," the Sun reported.

Further explaining how she paid for her pieces of equipment, Amber also added that "It wasn't like this when I first started. It's just gone downhill like this over the past few years," the Mirror UK reported.

In an update, Amber has already handed the card to her boss, who did not ask her to leave immediately, Mirror UK quoted the electrician as saying. "He didn't tell me to leave so that means he wants me to work out my two weeks. He also didn't ask why I'm leaving," she added.

Get the latest entertainment news from India & around the world. Now follow your favourite television celebs and telly updates. Republic World is your one-stop destination for trending Bollywood news. Tune in today to stay updated with all the latest news and headlines from the world of entertainment.